The human cost of Covid-19 became very clear to staff at Calcutta Rescue in July when they lost a much-loved colleague to the virus.

Uttara, who was a helper at Tala Park School, started feeling unwell on July 14.

She isolated at home for a number of days but her condition worsened. Uttara was admitted to a government hospital with fever and breathing difficulties but died early the following morning.

Uttara had worked for CR for over 20 years and after the nationwide Covid lockdown eased she had been working as a cleaner at the school which is now being used as part of Tala Park Clinic.

Everyone at the charity was deeply affected by her death. The chief executive, Jaydeep Chakraborty, said: “She was a warm, hardworking colleague and a loyal servant to Calcutta Rescue. May her soul rest in peace.”

Uttara left behind three children. Her younger son, Bidyut, is in his last year at university and has been supported by CR since he began school. Her daughter Manu did vocational training organised by CR to become a beautician – though she is currently unemployed.

The good news is that Calcutta Rescue’s founder, Dr Jack, decided, at the start of the Covid epidemic, to endow a staff benevolent fund, which is now being used to help Uttara’s family.

It has also been used to fund the testing and hospital treatment needed by Gopal, Dr Jack’s former driver, who also fell ill with the virus.

He is now recovering well and, although other staff have tested positive and had to quarantine, no-one else has fallen ill.

Dr Jack, who turned 90 in July, has made clear that the fund is there to ensure that staff get the best treatment if they do develop Covid.

This, combined with the virus control guidelines drawn up by CR, has given the team in India the confidence to come to work each day knowing everything possible is being done to keep them safe in these very worrying times. 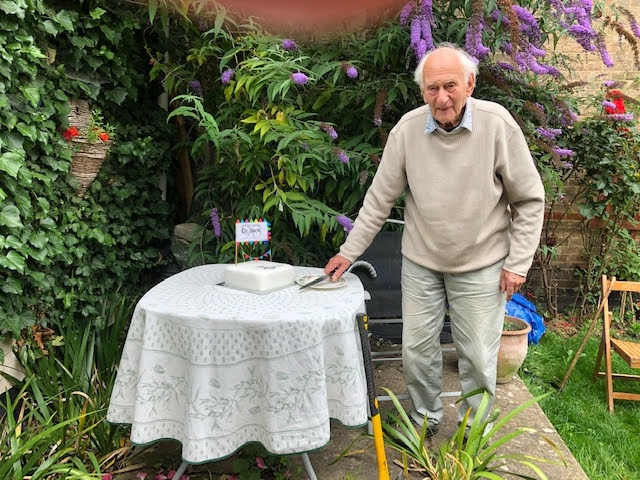