“When I was just 13 years old I was married off to a man who was more than double my age.” Said Mira (name changed) with a ghost of smile on her serene face. “And that was the beginning of my nightmares.”

Now 48 years old Mira is a spokesperson against Child marriage in her locality.

25 November is the Elimination of Violence Against Women Day.

Last year Calcutta Rescue organised a big awareness programme. Many women spoke out their own dreadful experiences and how they survived. Our social worker and counsellor, Suchandra spoke to them about various forms of violence and its effects on physical health.

This year, however, only 10 women, patients from different categories of Calcutta Rescue, could attend the event. The numbers of attendees were surely less than last year but the enthusiasm was high. 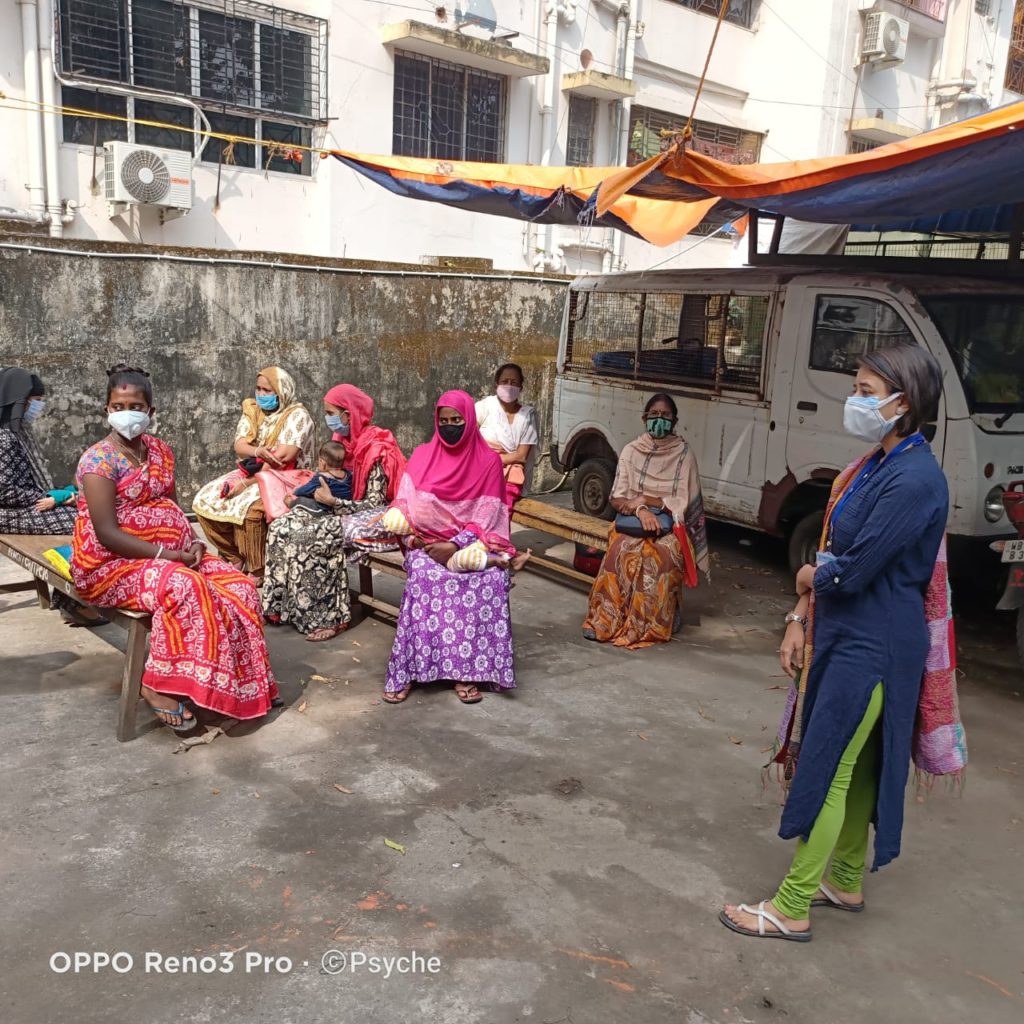 “In the lockdown period the violence against women has increased alarmingly. Women, especially from poor families are scared to go to police often because there is a social stigma attached to it and often women are blamed for it. So even if the abusers are punished, the woman herself will be marked and shamed.” Suchandra said.

Mira’s husband used to beat her up, torture her emotionally and even forced himself on her. But these were not something she could get help from anyone because after all “men will be men”.

“Sadly marital rape is not an offense in India and there is no punishment for that by the law.” said Suchandra.

So the tortures increased and as a result from her twenties Mira became a patient of hypertension.

After years of torture, Mira’s husband died when she was in her late 30s. “The abuse stopped but it left me with full of scars, both mental and physical. My dream to become a teacher was never fulfilled; my childhood and my youth was spoiled and left me traumatised. I want this evil practice called child marriage to stop forever so that no child suffers anymore.”

(For privacy protection and safety of the patient, Mira’s real name and photo will not be published)

Would You Like to Save Children from the Evil Clutches of Child marriage?

Then Join Us! Help Us so that We can help Them!